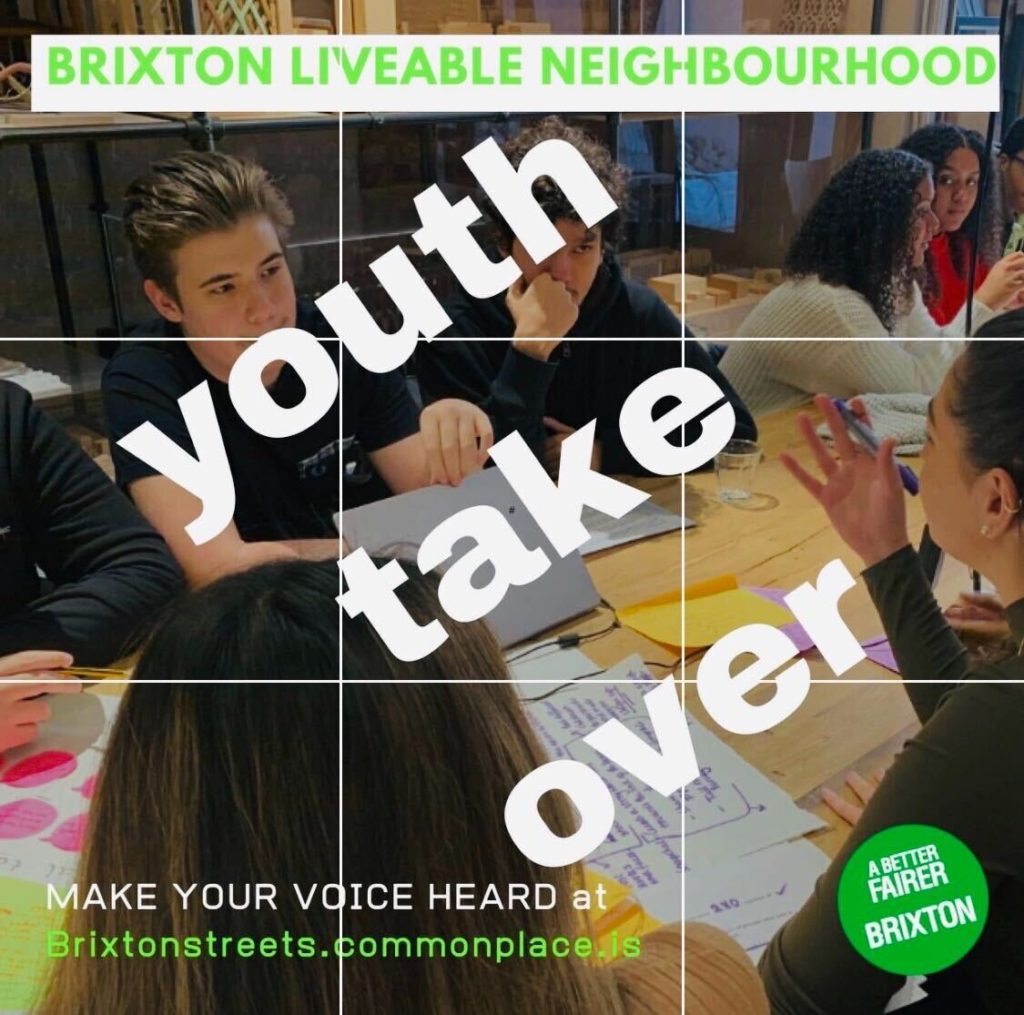 This image was divided up to make the first 9 posts of the campaign. When posted in the right order on Instagram they make up the original picture. Pamula and the team are working in the offices of Squire and Partners Architects in Brixton.

Improving the environment around Brixton is a hot topic. Pollution levels need to reduce and walking and cycling needs to be made safer. But it is often hard to hear the voices of young people. Their opinions are vital but young people often don’t engage in consultation processes designed by adults.

The solution is to ask young people to design the engagement themselves.

The Brixton Liveable Neighbourhood (BLN) project is the perfect example of youth led engagement in action.

A group of fifteen local young people designed, planned and implemented a campaign to raise awareness of BLN. Lambeth Council got a whole campaign – including images, messages, hashtags and video – that appealed to young people.

Having seen the campaign proposals, the Lambeth team decided to hand over control of the Council’s Future Lambeth Instagram account. Council officers worked collaboratively with some of the young people to deliver the “youth takeover” campaign.

This showed a fantastic vote of confidence in our youth. The Council put their values into action to empower young people in our community.

As a result the Council’s Brixton Liveability Neighbourhood project reached young people they hadn’t been able to reach before and the impact was measurable. Within a week:

So what were the benefits for the young people involved?

Well, they delivered a strong, creative and real project that they got to see working. They were trusted and they felt connected to the real world. They were involved in making a difference and they felt successful. But most importantly they were asked what they thought and were listened to when they expressed their opinions. They then became advocates and took the project’s messages into schools in order to engage the next generation in the process.

“Having the opportunity to go out into secondary schools and talking and interacting with younger students really inspired and motivated me in this project. I’ve learnt that I can be a great team leader and that I’m a young person who can speak out and Represent the voice of youth.”

Young people generally feel they are not listened to. They feel unheard. Our team were excited and motivated that here was a chance for young people to be heard.

That’s why they used the hashtag #maketheunheardheard.